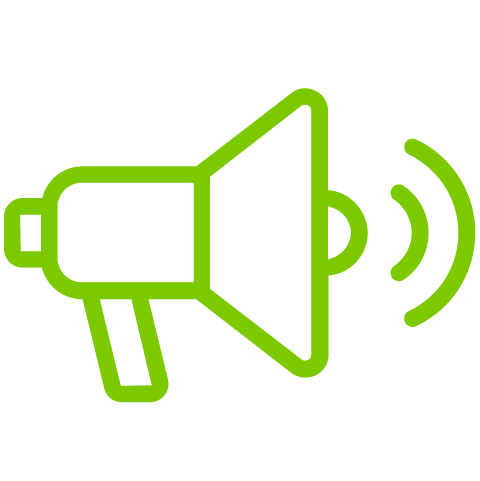 On Tuesday and Wednesday, 11-12 February you have the opportunity to watch a live-stream of the 2018 National Forum Teaching and Learning Enhancement Fund projects. The live-stream will be available for all 16 project review presentations starting at 9.00 until 14.45 each day.

These projects were selected for funding as new initiatives with the potential to enhance teaching and learning in Irish higher education. All of the projects reflect one of the National Forum’s four strategic priorities. Each presentation takes 15 minutes and might provide the spark for ideas for projects you have been considering as well. Please join us if you can and share in all the new ideas and innovative activity taking place.

View schedule for the day

Head of the education department of the German Rectors’ Conference .

Christian Tauch worked at the University of Ulster in Northern Ireland and at the European University Institute in Florence/Italy before joining the Technical University of Dresden (Germany) as director of the International Office. From 1995 to 2005 he was head of the international department of the German Rectors Conference in Bonn and from 2006 till 2010 he worked in the higher education unit of the European Commission in Brussels. Since then he is back with the German Rectors‚ Conference, where he is in charge of the education department, dealing inter alia with the implementation of the Bologna Process in German higher education institutions, qualifications frameworks, the shift from teaching to learning‚ how to increase completion rates in HE, cooperation with employers‚ associations on higher education issues, etc.

Clare Furneaux is a British National Teaching Fellow, and Professor of Applied Linguistics at the University of Reading, UK, where she is also a Dean for Teaching and Learning, with responsibility for the student experience.

Clare’s background is in English Language Teaching (ELT); she taught in Malaysia, Jordan, China, Nepal and Japan before joining Reading. Within the University’s Department of English Language and Applied Linguistics, Clare has taught academic courses on literacy to both undergraduate and postgraduate students. She has led MA ELT programmes on campus and by distance learning over many years and she also supervises and conducts research into academic literacy, especially writing.

Manuel Joao Costa is currently Pro-Rector for Educational Innovation and Student Affairs, at the University of Minho. He is Associate Professor and former Head of the Medical Unit (2004-2018) at the School of Medicine, University of Minho. Manuel does research in Teaching Methods, Science Education and Higher Education. His primary research areas are medical education and biochemistry and molecular biology education. He is founder and coordinator of the Centre “IDEA-UMINHO”, Minho’s university centre for innovation and development of teaching and learning. He is founder and currently member of the Board National Network for Research in Medical Education, appointed member to education committee of the International Union of Biochemistry and Molecular Biology and former delegate for the research committee of the Association for Medical Education in Europe. He is member of the Board of the Spanish Society for Medical Education (SEDEM). He has served as associate editor for international journals, including PLOS One and BMC Medical Education and is Editorial board member of the journal Biochemistry and molecular biology education.

The Director of the Centre for Innovation in Learning and Teaching (CILT) at the University of Cape Town in South Africa, Laura Czerniewicz (@Czernie) is an professor in the Centre for Higher Education Development. Her research interests include the technologically-mediated practices of students and academics, the nature of the changing higher education environment and the geopolitics of knowledge, underpinned by a commitment to surfacing the expressions of inequality within and across contexts. Laura is involved with policy work, is a contributor to national and global conversations in varied formats and serves on the advisory boards of a variety of international higher education educational and technology publications.

Kevin McStravock is the Vice President for Academic Affairs for the Union of Students in Ireland (USI). Prior to joining USI in July 2019, Kevin served as a student officer for Ulster University Students’ Union (UUSU) for three years, of which he served two as the overall President of the Students’ Union.
Kevin is a Journalism with French graduate, and an Associate Fellow of the Higher Education Academy in the UK. Kevin has served on a number of boards and committees during his time in the student movement, including serving as a member of the Student Advisory Committee for the Quality Assurance Agency (QAA) in the UK

Lorna (@lornafitz3) is the current President of the Union of Students in Ireland, representing over 374,000 students across the Island. She previously held the position of President of the Institute of Technology Carlow Students’ Union where she graduated from Business & Human Resource Management. Lorna has been involved in supporting students on a local level alongside supporting the development and enhancement of Students’ Unions across the country. Lorna has supported the work of USI for a number of years on a national level but also on an international level through her work with the European Students’ Union. Lorna is a passionate advocate for student partnership and engagement and strongly believes in working together to achieve an education sector that is proactive and meets the needs of all stakeholders.