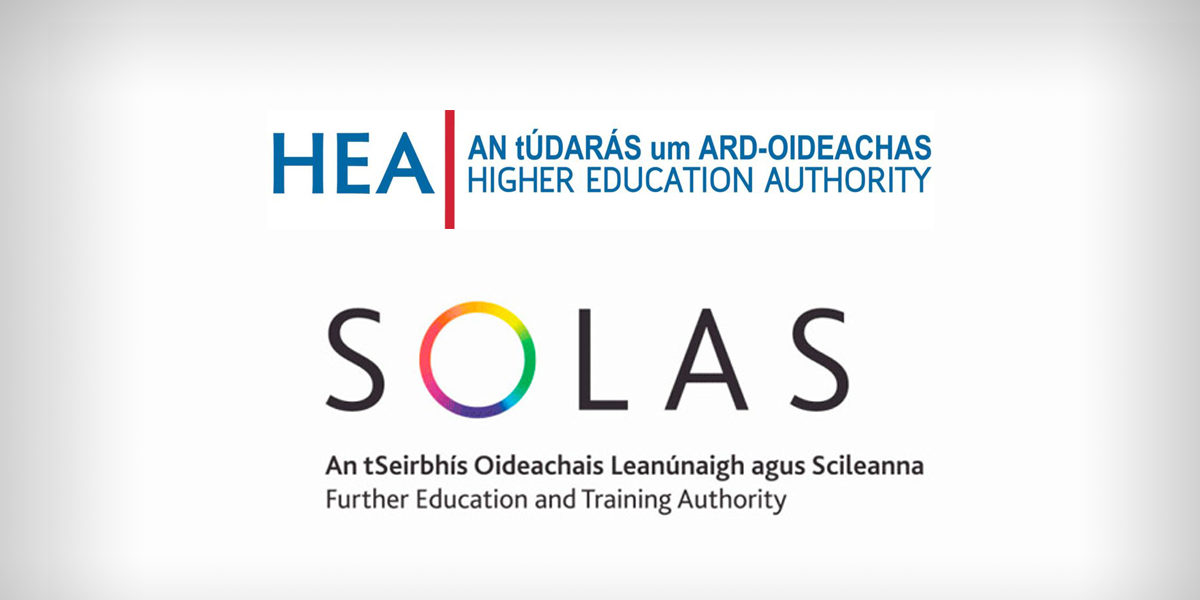 This week has seen the announcement of two key appointments in Irish further and higher education. On Monday 19 August, Andrew Brownlee was named as the new CEO of SOLAS, the further education and training authority. Mr Brownlee has been Executive Director for Strategy and Knowledge at SOLAS since January 2018, having previously served as Head of System Funding at the Higher Education Authority. On Tuesday 20 August, the Higher Education Authority announced the appointment of Dr Alan Wall as its new CEO. Dr Wall served previously as Assistant Secretary General at the Department of Education and Skills and as Deputy Director with the Teaching Council.

The National Forum warmly welcomes these appointments and looks forward to collaborating closely with both CEOs and their teams as they work towards increasing the alignment of higher education and further education and training to achieve a more integrated tertiary education system for all students, as prioritised in the Statement of Strategy 2019-21 of the Department of Education and Skills. As the national body responsible for leading and advising on the enhancement of teaching and learning in higher education, the National Forum has placed student success as a central priority for all of its work. In supporting the success of all students, we are keenly aware of the importance of strengthening the links between all levels of the education system to ensure a seamless and coherent learning experience for all our students.